Service Leadership is dedicated to providing total profit solutions for IT Solution Providers, directly and through industry consultants and global IT vendors.

Why We Love What We Do

Our team of professionals is uniquely qualified to deliver results to IT Solution Providers, Manufacturers, and Distributors of IT Solutions and Industry Consultants worldwide, providing an exclusive array of consulting and research products and services.

Our Solution Provider clients have on average, gained 37% in valuation and put an additional four points to the bottom line by engaging us. In fact, the typical owner's ROI for our services exceeds 500%.

How We Deliver Results

SLIQ™, the exclusive web application for partner owners and executives to drive financial improvements by confidentially assessing and advancing their Operational Maturity Level™.

Management coaching and consulting engagements for Solution Providers from US$15mm to US$3bb in size worldwide. 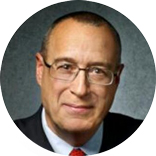 Paul Dippell brings more than 35 years of experience building, running, acquiring and integrating IT Solutions companies. Paul is often a featured speaker at IT Solutions industry events on the topics of successful channel business model strategy and operations.

Paul Dippell brings more than 35 years of experience building, running, acquiring and integrating IT Solutions companies. Paul is often a featured speaker at IT Solutions industry events on the topics of successful channel business model strategy and operations. He frequently advises both independent and private equity-backed Solution Providers on their Value Creation strategies.

Prior to founding Service Leadership in 2001, at USBX Advisory Services, a leading mid-market mergers and acquisitions advisory firm, Paul established the IT solutions vertical for this new M&A firm and closed its inaugural transaction.

At All Covered, Inc., the largest provider of IT services to small businesses nationwide and a leading consolidator in the sector, Paul was Vice President of Mergers, Acquisitions and Integration, responsible for successfully acquiring and integrating more than fifteen IT services companies in 18 months. He subsequently founded a mid-market IT services company and performed two private equity raises to launch it.

Before Xerox, Paul was at CompuCom for seven years, becoming Vice President of Service Operations Consulting for this multi-billion dollar IT solutions provider. There, he led the sales and development of advanced IT services and participated in four strategic acquisitions. 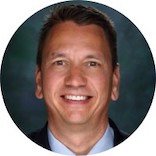 Peter Kujawa is an accomplished executive and attorney with experience leading businesses ranging from early stage to mature and from privately held to publicly traded.

Peter Kujawa is an accomplished executive and attorney with experience leading businesses ranging from early stage to mature and from privately held to publicly traded. Prior to joining Service Leadership, Inc., a ConnectWise solution, Peter was President of Locknet – An EO Johnson Company. While at Locknet, he led the turnaround of the business including the acquisition by EO Johnson Business Technologies, one of the largest privately held office equipment dealers in North America. During his 11 years at Locknet, the company became an early adapter of managed cybersecurity services. The revenue growth went from $2.2m to $16.5m and employee growth from 18 to 85 employees. Peter also served simultaneously as the Corporate Counsel of the parent company EO Johnson Business Technologies.

Before Info-Pro, Peter worked for Thomson Reuters in their law content division, Westlaw, and for nine years in various sales and sales leadership positions in the cellular communications industry for US Cellular and BellSouth Mobility.

Peter received his Juris Doctor from Marquette Law School in Milwaukee, Wisconsin. He earned his Bachelor's degree from Marquette University and has completed multiple executive education courses from the Northwestern University – Kellogg School of Management. 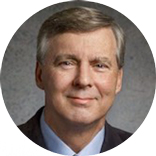 Brian O’Connell is a seasoned technology industry veteran with broad experience encompassing hardware, software and services in both large organizations and entrepreneurial companies.

Brian O’Connell is a seasoned technology industry veteran with broad experience encompassing hardware, software and services in both large organizations and entrepreneurial companies. Prior to joining Service Leadership, Inc., a ConnectWise solution, Brian was Vice President of North American Sales for Getronics, responsible for the $425mm in sales of all its solutions and services to clients in all market segments.

Prior to Getronics, Brian was at All Bases Covered, Inc. where he was Senior Vice President for Sales and Operations for three years. During Brian's tenure there, the privately-held networking and computer services became a recognized national leader in computer services to the small business market and attracted significant venture capital backing. All Bases Covered's revenues grew from $3 million to over $60 million, and field service staff blossomed from fewer than 50 engineers to more than 375 during that period.

Before All Bases Covered, Inc., Brian was Senior Vice President for Sales and Operations of TeKnowlogy, a technology training and services company in Dallas, TX. When Knowledge Universe acquired that company in 1997 and changed its name to Productivity Point International (PPI), Brian assumed the role of Senior Vice President, Field Operations. He integrated the operations of the 29 separately-acquired training companies under the PPI umbrella over the next two years.

From 1990 to 1996, Brian helped grow CompuCom Systems of Dallas, TX to national prominence. His four-year performance as Northeast Regional Vice President and General Manager with CompuCom, growing that business unit to $400mm in sales, brought him a promotion to company headquarters, where he served as Vice President of Integration Services. In that role he managed the company's strategic shift to consultative technology life cycle services.

Brian began his career as Director of Corporate Sales for The Computer Factory of Elmsford, NY, for five years.